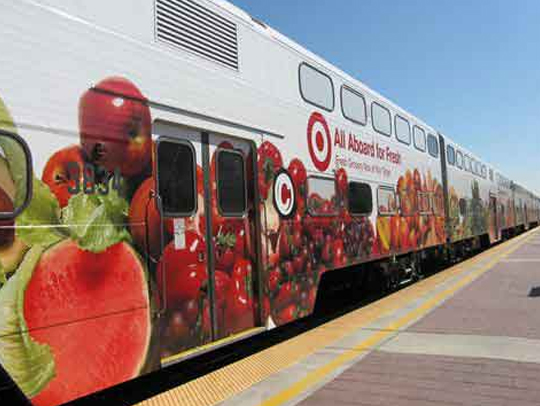 Vinyl Wrap Ads on Metro Train in Delhi, Metro Train Advertising Agencies in Delhi, Metro Train Advertising Agency in Delhi. A Metro rail is massive space when it comes to advertising. Lots of space and all possible type of ads can be implemented in a metro rail. All possible places wherever commuters touch is viable space for placing an ad. The outer and inner surface of the trains, platforms, ceilings, corridors, escalators, stairways, all these places are available for placing ads. All types of ads like banners, posters, flex board, glow signs, bill boards, running displays, animation can be implemented in a metro rail.