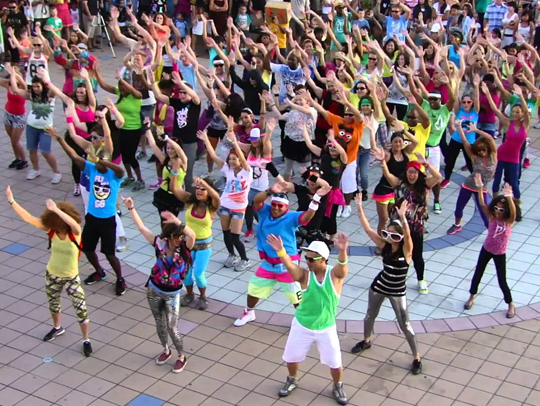 Flash Mob in Delhi, Flash Mob Marketing Agency in Delhi, Flash Mob Marketing Services in Delhi. Everything is going on normal as usual .Suddenly you hear a music out of nowhere and someone is tapping his foot .In a few seconds a second person joins and they are shaking legs , slowly with a minute people keep pouring in and big crowd is now dancing to the tune. Everyone dances till the music plays and then vanishes in the crowd as thin air has vanished, leaving you thinking what happened. But whatever had happened was nice and beautiful. It’s a new trend of giving out a beautiful message spontaneously with vibrant touch of dance and music, that’s flash mob for you.

There is no particular team which does flash mob. A social media company or a team of youths or people with common interest come together, practice in private and decide on a date and choose a place which is most popular and set the time to perform. A successful flash mob happens with coordination and keeping secret about the act till the last moment. Sometimes the venues is not known to the performers and then are just given the details of the place and time an hour before the act to be performed. The team reaches the destination and performs the act as synchronized in the practice session and then disperses without speaking to anyone or saying anything, leaving the crowd in ewe of surprise. Sometimes the performers are also in surprise because the act is pulled off at the last moment due to unavailable police permission of lack of sufficient audience for viewing the act.

This culture of flash mod originated in USA. It was first done in Manhattan by a magazine editor named Bill Wasik. It then spread across the world and in India a few years back several attempts have been made for a successful flash mob and it did happen. The performers may not necessarily dance, they may play a famous piece of music or do juggling or do tap dancing, but whatever is done is perfect and synchronized .The act is recorded without informing anybody the surprised expressions are captured live on the video. The video is then put up on social media channel for viewing purpose. No Money involved and a great piece of entertainment happens suddenly. Flash Mob is here to stay.